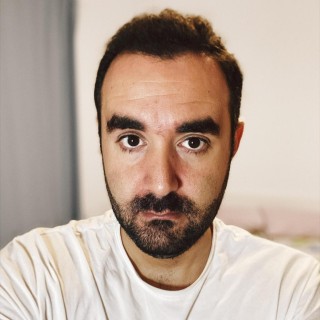 Let me tell you that you can have a basic / moderate security checks in your manual test suite by extending your test cases in two different areas :

Most of test suites if not all of them are already testing the sections mentioned above but mostly just a basic checks like if the field accepting numbers we try characters and alpha numerics. What I am suggesting here is to test any input field against major web app vulnerabilities like XSS & SQL Injection

The same case for authentication instead of trying different combinations for right / wrong usernames and passwords .You can extend your test against major web app vulnerability like SQL Injection

XSS : XSS attacks enable attackers to inject client-side scripts into web pages viewed by other users. A cross-site scripting vulnerability may be used by attackers to bypass access controls such as the same-origin policy.

We’re going to use demo.testfire.net as a safe place to practice on.

The field we’re going to test here is the Search field , I am assuming that we already executed test cases with character , numbers , alphanumeric and also very long characters / numbers input to validate the input boundary.

Lets try an XSS payload as input.The input will be “<ScRipT>alert(“XSS”);</ScRipT>”

According to the above screen shot it seems that the web app under test is vulnerable to XSS attacks.

You can find XSS payload list in the following URL :
https://github.com/pgaijin66/XSS-Payloads/blob/master/payload.txt

SQL Injection : SQL injection is a code injection technique, used to attack data-driven applications, in which malicious SQL statements are inserted into an entry field for execution.

The element we’re going to test here is the Login form , I am assuming that we already executed test cases with valid and invalid username , password also very long characters / numbers input to validate the input boundary.

Lets try SQL Injection payload in the “username” field and any characters in the password field.

According to the above screen shot it seems that the web app under test is vulnerable to SQL Injection attacks.

You can find SQL Injection payload list in the following URL :
https://github.com/payloadbox/sql-injection-payload-list

By adding more test cases to your existing test suite you can help discover security vulnerabilities in the system under test without the need to learn a new tool.Of course it will increase the testing execution time but the benefit here is to catch those issues as soon as the testing started.

Of course this not a replacement for security testing a web app but the idea here is cover at least some basic security checks in the normal testing process.

Please share your tips, experience, comments, and questions for further enriching this topic of discussion.

Do not use the following instructions to exploit others websites / services , Usage of WP-Scan for attacking targets without prior mutual consent is illegal.

WordPress now powers 30 percent of the web, according to data from web technology survey firm W3Techs.

WordPress is important framework and as the aove statistics it is widely used thats why securing a web site based on WordPress framework is something obvious.

WPScan is a free, for non-commercial use, black box WordPress vulnerability scanner written for security professionals and blog maintainers to test the security of their sites.

You can install it via Docker with the following commands :

Using default options with a good compromise between speed and accuracy. For example, the plugins will be checked passively but their version with a mixed detection mode (passively + aggressively). Potential config backup files will also be checked, along with other interesting findings.

Do not use the following instructions to exploit others websites / services , Usage of SQL Map for attacking targets without prior mutual consent is illegal.

According to the Open Web Application Security Project (OWASP), injection attacks are first on the list of the top 10 web vulnerabilities. Diving into these, SQL injections are responsible for a big chunk of this. Exploitation of SQL injections is trivial.

SQL Map is an open source penetration testing tool that automates the process of detecting and exploiting SQL injection flaws and taking over of database servers. It comes with a powerful detection engine, many niche features for the ultimate penetration tester and a broad range of switches lasting from database fingerprinting, over data fetching from the database, to accessing the underlying file system and executing commands on the operating system via out-of-band connections.

We’re going to use SQL Map in 2 examples one for testing a  Get request and the other for testing a POST request also listing some extra commands that will be useful in further steps.

In this case we need to capture / intercept the post request and save it to text file then use SQL Map to exploit it , you can use any HTTP interceptor like “Fiddler” or “BurpSuite” or use the developer tool of your browser as the following examples.

sqlmap.py -r filename.txt –dbs
When the session user has read access to the system table containing information about available databases, it is possible to enumerate the list of databases.

sqlmap.py -r filename.txt –dump-all
It is possible to dump all databases tables entries at once that the session user has read access on.